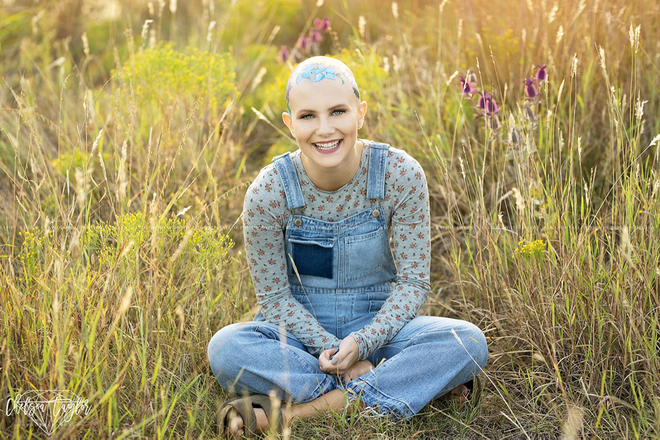 For her first time ever, 17-year-old Madisyn Babcock posed with a bare head. “I usually wear head covers due to the bald spots, so going entirely bald and exposing my head was new for me,” she told Yahoo.

You Might Also Like: This Is the Real Reason Why Your Hair Thins More During This Season

Image/ Chelsea Taylor PhotographySan Francisco, CA, dermatologist Vic Narurkar, MD, explains that Madisyn has alopecia universalis. “It is a very rare variant of alopecia where the hair loss is very extensive.” When asked how common this is, he claims the incidence is 1 in 4,000.

According to Dr. Narurkar, the overarching alopecia areata is a condition that affects about seven million adults and can appear during childhood and teen years. “It is an autoimmune disorder and can sometimes be associated with underlying thyroid disease.”

Instead of shying away and hiding from it, Babcock was ready to fully embrace the side effects of her condition. So to further show off her beauty, the teen’s artist mother painted different flowers on her head. “I did not have my mother paint my head to fill a void or to signify that there is something missing,” she told Allure. “I want all those who suffer from hair loss to know that I see you, I love you, and you inspire me.” 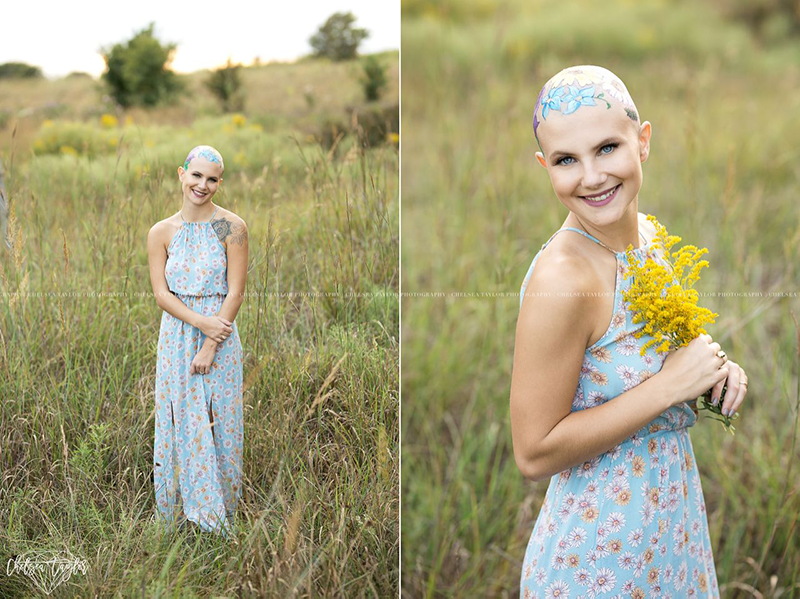 Image/ Chelsea Taylor Photography
The local photographer, Chelsea Taylor, also shared words of support with Yahoo. “I was so glad when she decided to show off her head for her senior session and even more excited when she shared her idea to turn it into a work of art!” Taylor says. “Madisyn’s mom spent hours drawing out the design and painting it on the morning of her shoot — it turned out beautifully, and her images are a direct reflection of her spirit!”

Not only did the images turn out stunning, but they’re also an inspiration to anyone and everyone who has a “flaw” according to society.

“I realized that while hair is pretty, hair does not make you pretty,” she said. “This became who I am, and I wouldn’t change it for the world.” 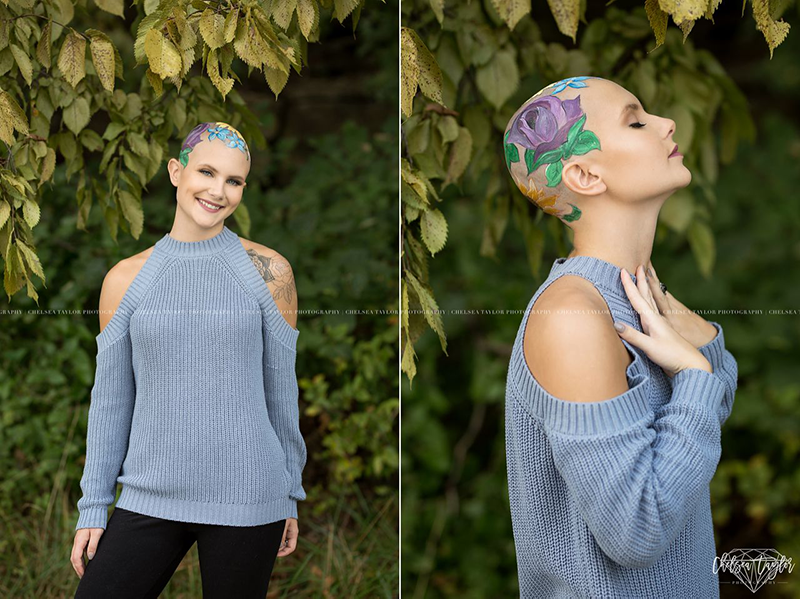