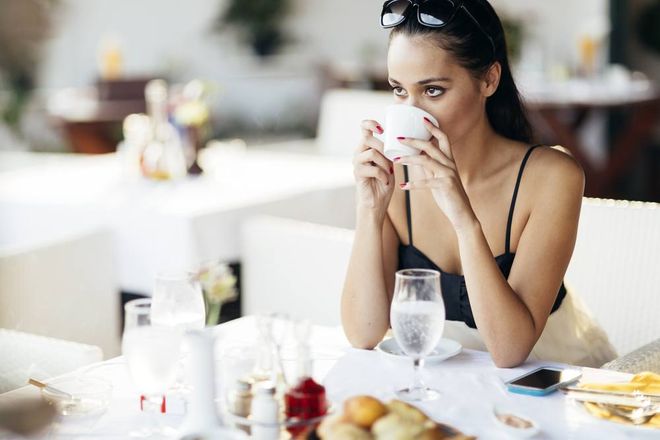 Good news for tea lovers, especially connoisseurs of black tea. UCLA researchers have found that this more oxidized type of tea, specifically the English Breakfast blend, can boost your metabolism and promote weight loss. A new study has found that in addition to relaxing blood vessels (a fact already been proven about this type of tea), drinking black tea can be directly linked to weight loss because of its ability to encourage the growth of a special metabolism-boosting bacteria.

You May Also Like: This Is How Much Protein You Really Need to Eat to Lose Weight

Following a four-week period, researchers found that of the four groups, the two groups given the black and green tea extracts experienced the same amount of weight loss as the low-fat, high-sugar group. Researchers found that the mice who were given black tea had a raised level of pseudobutyrivibrio, a bacterium that grows in the gut, which changed the energy metabolism in their livers.

Lead study author and adjunct professor at the UCLA Center for Human Nutrition, Dr. Susan Henning, says these findings helped to show that black tea can be just as beneficial as green tea for overall health, but in an entirely different way. “It was known that green tea polyphenols are more effective and offer more health benefits than black tea polyphenols since green tea chemicals are absorbed into the blood and tissue,” she said. “Our new findings suggest that black tea, through a specific mechanism through the gut microbiome, may also contribute to good health and weight loss in humans.”

As you know, the safety of our patients and staff is of the utmost importance
for us here at the Warmuth Institute of Dermatology.

Our Elmer Office & Surgical Center are OPEN for business as of Monday, May 4th.

As always, we are maintaining strict cleaning and disinfecting policies throughout our facilities.

If you would prefer “NO-CONTACT” care during this time, our Telemedicine program

is available NOW at www.warmuthinstitute.com/telemedicine

Should you have any questions or concerns or need to contact us regarding
re-scheduling an appointment, feel free to reach us at (856) 358 – 1500 or
via email at info@warmuthinstitute.com

Thank you for your support and understanding and please be safe!