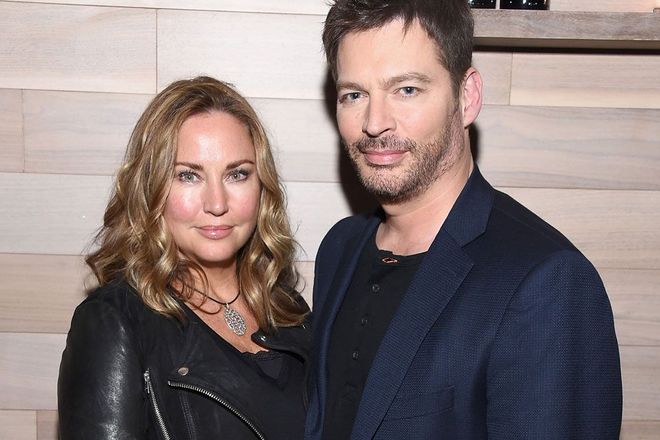 As Breast Cancer Awareness month comes to an end next week, doctors and patients alike are hopeful the conversations about the disease won’t quiet down. Information is power, and as more women come forth with their personal diagnosis and battle stories, it helps inform other women. Jill Goodacre, former model and wife of Harry Connick Jr., did just that, and it’s resonating with women everywhere.

In the latest issue of People, Goodacre gets up close and personal about her diagnosis, saying her routine mammogram came back clear, but because she has “dense breasts,” she was asked to do a second test, a sonogram, to get a closer look (sonogram ultrasounds can distinguish a benign fluid-filled cyst from a solid mass in the breast that a mammogram cannot). The result revealed a suspicious spot, which was eventually diagnosed stage 1 invasive ductal carcinoma.

You May Also Like: Does Your Breast Cancer Risk Go Up If You Dye Your Hair?

Today, Goodacre is five years in remission and helping to educate other women, and the “dense breasts” topic is proving to be a particularly popular one, as it affects nearly 50 percent of women. We spoke to Zeeland, MI, ob/gyn Barb Depree, MD, about what they are, who has them and what you need to know to make sure you’re properly tested.

What are dense breasts?
“Normal breasts that have more breast tissue and less fat. Breasts are made up of two components—breast tissue and fat. The degree of density as measured by mammogram puts women in one of four categories: extremely dense (10 percent), heterogeneously dense (40 percent), scattered fibroglandular density (40 percent) and nearly completely fatty (10 percent). So as you can see, half of the women being tested have dense breasts, and they are a common and normal finding.”

Do they get more or less dense with age?
“As we get older, our breasts get less dense because our breast tissue naturally regresses somewhat and our generally central body fat increases. Both of these factors tend to lead to a decrease of the breast density over time.”

How does one person have them over another?
“There are no good predictors of dense breasts other than body fat, and maybe age (as previously mentioned, as we age density tends to diminish). Women who have more body fat generally also have more breast fat—more breast fat means relatively less breast density because the density is determined by the relative balance of these two factors. The majority of my ‘extremely dense breast’ patients are my thin patients. This isn’t always the case, but it is one factor. There does not seem to be a hereditary factor for breast density.”

How do you know if you have dense breasts?
“Breast density is a mammogram determination; it has nothing to do with how ‘lumpy’ your breasts feel.”

You May Also Like: Julia Louis-Dreyfus Just Revealed She Has Breast Cancer

If you do have dense breasts, what should your doctor be doing to make sure you are being properly tested and monitored?
“We understand that in the midst of normal, dense breast tissue, a subtle change (or cancer) may be more difficult to see or detect. Mammograms were not designed or originally intended for use in premenopausal women, but we have applied that technology to women starting at age 40, understanding they are not perfect and they do a better job on older women, with less dense breasts. They do a good job, but they are not perfect (as can be said of many screening tests).

So, for those 50 percent of women, do we need to do different or additional testing? That is the current question being debated. Do 50 percent of us really need more intensive screening? This is where risk assessment is important. Extremely dense breasts are felt to be a minor added risk for developing breast cancer, as is family history, obesity, lack of exercise, alcohol consumption, etc. Having a discussion with your health care provider about your breast density and your risks is important.

Does it require more testing than someone without dense breasts? Maybe, but again, it depends on your overall risk factors. The newer imaging technique of tomosynthesis or 3-D mammogram has been helpful for women with dense breasts. Without adding any additional radiation, more imaging is able to be performed, giving the radiologists additions views of the breasts (the ‘third’ dimension) and increasing sensitivity for detection. Unfortunately, not only do younger women have more dense breasts, but the breasts cancers they develop are often more aggressive and rapidly growing and may appear in between the one-year interval of routine screening.”

Is there anything you can do to change the density of your breasts, such as eating differently or doing certain exercises?
“While you cannot directly modify your breast density, you can modify your breast cancer risks with achieving and maintaining an ideal body weight, consuming less than or equal to one alcoholic drink per day, and exercising, ideally 45 minutes a day, five days a week.”